Putty Hill Park offers lots of fun, but the lack of a fence along Putty Hill Ave. may make it a no-deal for some parents.

This week we head to a neighborhood park in Parkville, Maryland. This playground and play space offer lots of fun equipment for the kids as well as many of the necessities that parents look for. It is easy to get to even if you don't live in the neighborhood since it is close to the Perring Parkway exits off 695, but it is also on a very busy road. 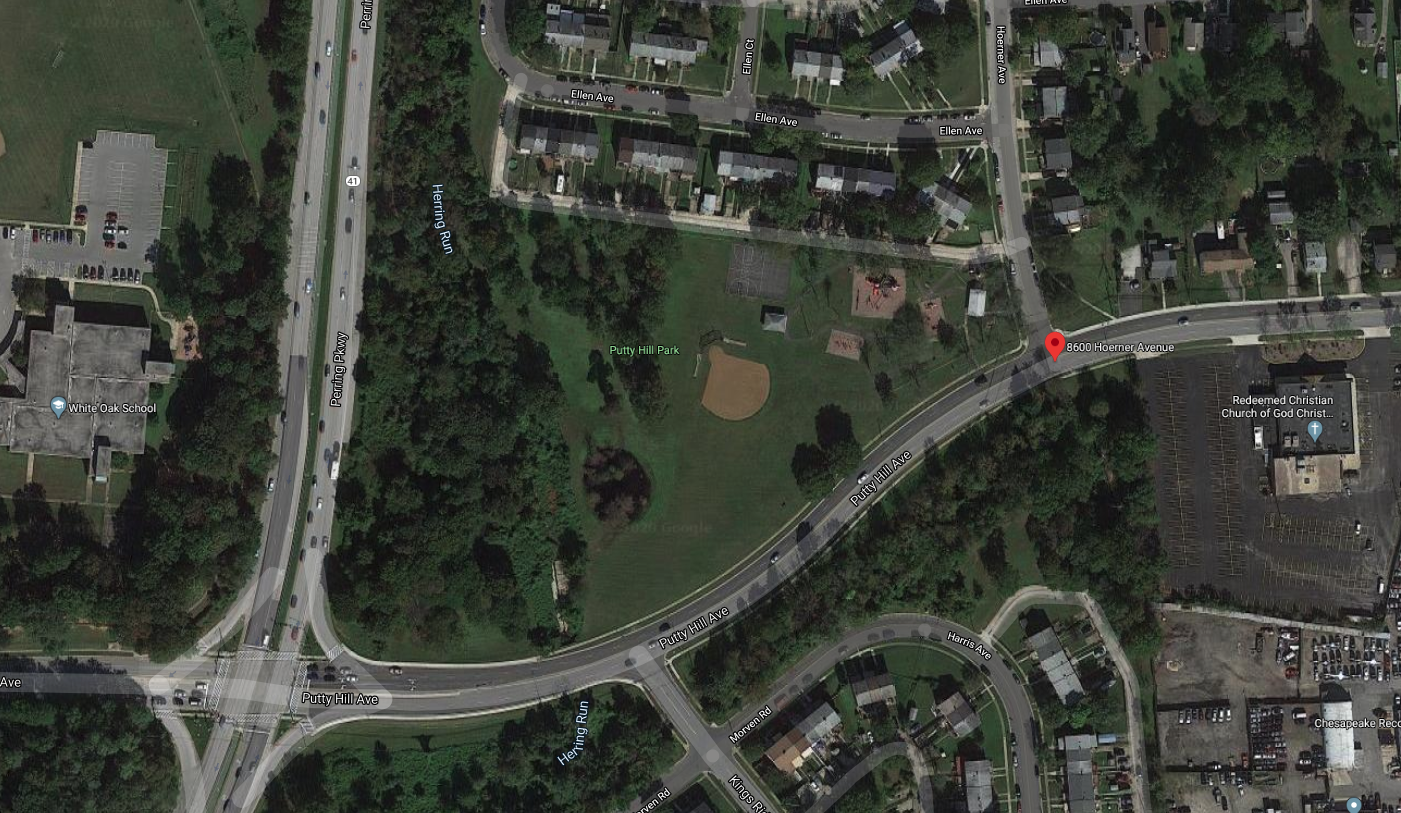 This playground features two distinct play areas: one for older kids and one for tots. The tot lot section is basic but it will work for most toddlers. 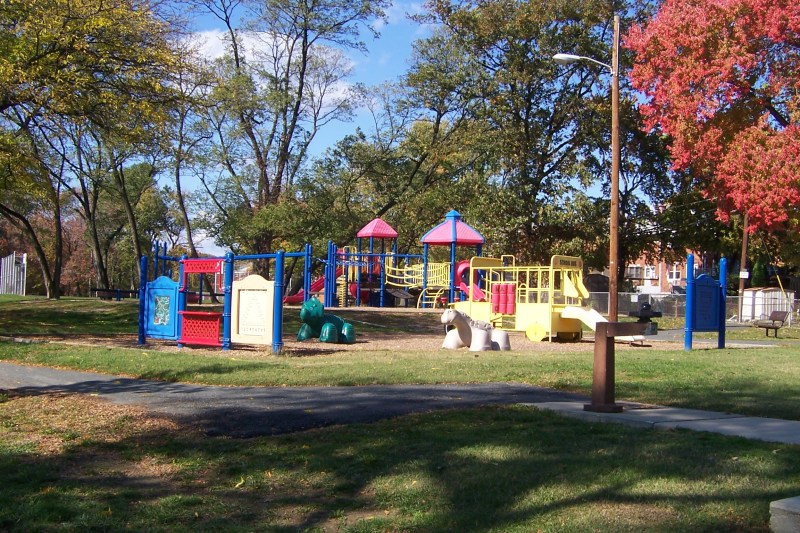 The adjacent playground for larger kids has a lot more than the average community park. There is plenty to entertain older kids of varying ages and abilities, including two structures connected by a long bridge and multiple balance activities that make this park unique. 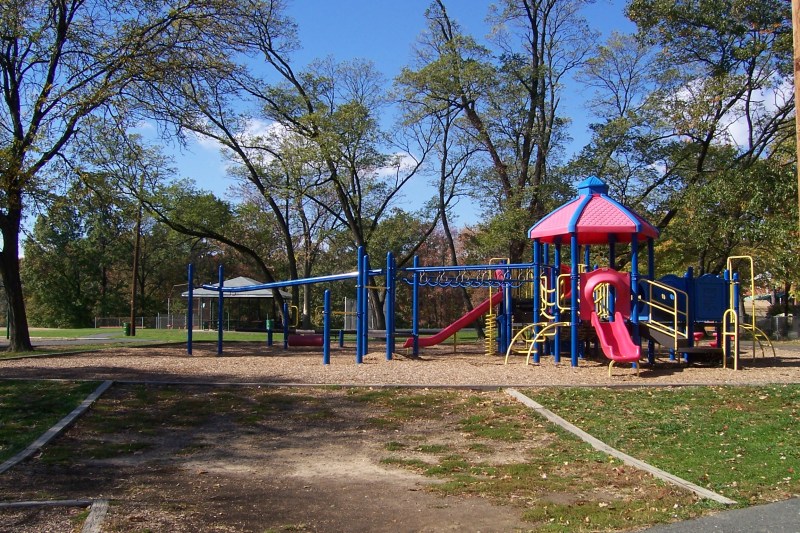 There are multiple benches for parents to sit on, and there is lots of grassy space to open up a picnic blanket when it's dry out. This is a well-established playground, so there are some trees that provide nice shade to certain parts when it's hot out. The equipment itself is in pretty full sun, however, so sunscreen and sunglasses are a must. There are also picnic pavilions near the baseball diamond, but the tables go quickly when it's busy.

There is a paved path that runs through the park and connects most of the equipment and play areas. The playground has a mulch layer around the equipment structures, all of which is either metal or plastic. The plastic slides can pose a static problem, but with the direct sun on the area, metal slides would get way too hot.

The playground is only open from sunrise to sunset, so it isn't lit. There also is not a fence enclosing the whole thing. A fence runs along the back edge (separating it from the alley) and along much of the front edge (the Putty Hill Ave side), but there are big gaps. The playground is close enough to Putty Hill Ave. that the traffic could be a concern for a kid who is a runner.

Aside from the play equipment, there are also baseball diamonds, multipurpose courts, and plenty of grassy areas, as well as on-site bathrooms and a water fountain. Though there is not a designated parking lot, there is street parking in the neighborhood (just not in the alley that runs behind the park).

Is this one of your favorite playgrounds or is there another you'd like us to cover? Let us know in the comments!

Check out one of the other Baltimore-area playgrounds we've featured in our Let's Go Play series: