Secretly placed surveillance cameras, precisely coordinated plans, high-end jewelry collections, and blazing getaway vans … It all sounds like something out of a movie. Real-life crimes can sometimes be just as well-planned and expertly executed as they are in the movies. Take Debbie Ocean's (of Oceans 8 fame) five years, eight months, 12 days, and counting plan, for instance. Let’s take a look at some of the most famous jewelry heists to happen in the last 20 years. 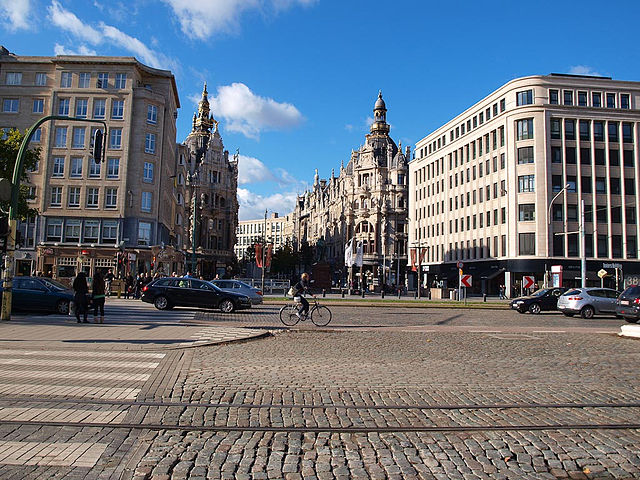 The Antwerp Diamond Heist is one of the largest diamond robberies in history. It took place in Antwerp, Belgium on February 15-16, 2003. At least $100 million in loose diamonds, gold, silver, and more were taken from the Antwerp Diamond Centre. The mastermind of the heist, Leonardo Notarbartolo, prepared by conducting detailed surveillance and practicing on a full-size replica of the vault for 18 months prior to the heist. Not nearly to the time and extent of Debbie Ocean’s plan, but you get the picture.

Posing as an Italian diamond merchant for credibility, he rented office space in the district prior to the robbery in order to learn about security practices and alarm systems. Because he was frequently seen in the area, his presence wasn’t seen as suspicious. A small camera above the vault door, placed in an area where it wasn’t easily seen, captured all the information needed.

While Notarbartolo was likely the mastermind of the Antwerp Diamond Heist, it’s believed that there was a five-man team. Notarbartolo is said to be the leader of a ring of thieves called La Scuola di Torino (The School of Turin). He was arrested but most of the diamonds were never recovered. 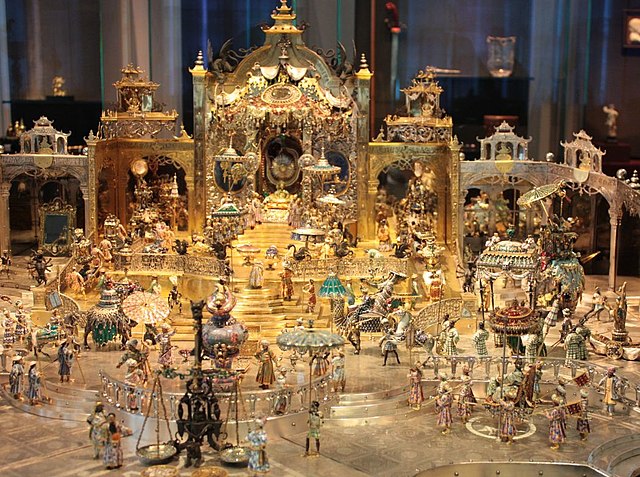 One of the oldest museums in the world, the Green Vault Museum in Dresden, Germany, is home to the largest collection of jewels in Europe. On November 25, 2019, thieves broke into the vault at dawn by removing part of an iron grille on a ground-floor window and then breaking the glass. They apparently started a fire in a nearby electric box, which disabled the alarm system. Items stolen include diamond-encrusted buttons, cuff links, and swords; intricate brooches; precious stones; a 49-carat Dresden White Diamond originally from India; and a diamond-encrusted medal that belonged to Augustus the Strong during his reign as King of Poland. A car, believed to be the getaway vehicle, was later found burning. The thieves were never found. 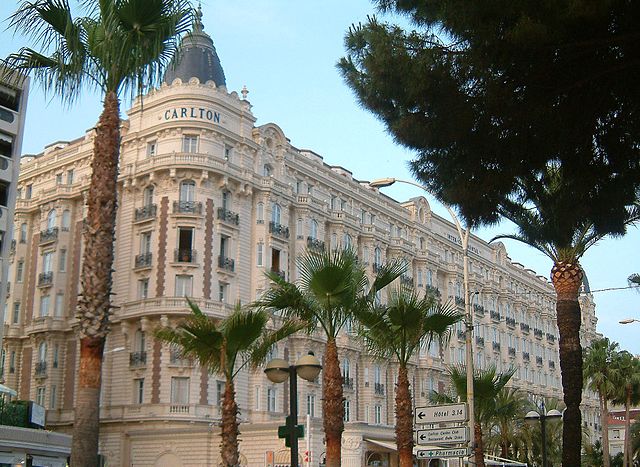 The Carlton Intercontinental Hotel in Cannes—coincidentally enough, the setting for To Catch a Thief—was the site of the biggest heist ever in France. It took place on July 28, 2013, during the Cannes Film Festival.

A man wearing a cap and bandana entered the ground floor exhibition room, which was poorly guarded by an unarmed security guard. Jewels belonging to Israeli billionaire Lev Leviev were on display. The thief had a gun and picked up a sack of around $136 million in gemstones, rings, and watches, put it in a suitcase and walked away.

This burglary was attributed to a group called The Pink Panthers (one of the members had escaped from prison days before the heist), a group who often spend years planning heists down to the most intricate of details. A $1.3 million reward was offered for any information that could lead to the recovery of the items. The crime was never solved.

Along with its equally high-end neighbors Dior, Gucci, and Valentino, Harry Winston Paris sits in the Golden Triangle district of the Champs-Elysées. On the morning of October 6, 2007, import-export director Anne-Marie Capdeville entered the store and went to her office. Four thieves, who were already inexplicably inside the building, grabbed her. She and several other employees were eventually tied up and a guard was hit on the head. They took one employee to the safe where she entered her code. The thieves started filling a bag with at least 480 rare jewels and pieces, including an emerald necklace costing $3 million.

These thieves were good at covering their tracks. Fire extinguishers had been deployed all over the stairs to erase traces of the group having spent the night there. No fingerprints or DNA were left behind. The only names the employees remembered hearing were “Farid” and “Voldemort,” and they were wearing utility worker coveralls (likely to blend in with construction work that was going on in the area). The thieves escaped in a rented Peugeot minivan, and most of the $30 million in jewels were never recovered. It’s suspected that this could have also been the work of the Pink Panthers.

Harry Winston Paris was robbed again in 2008. After a crime sweep in Paris in 2009, some of the stolen jewels from 2008 were found. Most of the combined $113 million (from 2007 and 2008) hasn’t been recovered. Eight men have been arrested for taking part in the various robberies, including a security guard who worked at Harry Winston and aided the thieves. He had let them into the shop during the 2007 heist, buzzed them in during the 2008 one, and provided insider information.

Switching from real-life felonies to film fandom, below are a few jewelry heist movies you might want to check out the next time you’re scrolling through Netflix, Amazon Prime Video, or Hulu.

Do you have a favorite jewelry heist movie? Let us know in the comments. Or better yet, visit Pinetree Jewelers in Parker, Colorado to create a custom piece that rivals the subject of any famous jewelry heist!