Summer isn't that far off, and it's time to start planning your beach getaway. But to where? Ocean City or Virginia Beach?

"Ocean City has a better boardwalk." "Virginia Beach is more family-oriented." 'Round and 'round we could go. But when it comes down to a long beach weekend within driving distance of the DMV, which of these beach towns is best? Ocean City or Virginia Beach?

Our breakdown is below, but feel free to weigh in with your own opinion in the comments!

Battle of the Beaches

Both Ocean City and Virginia Beach boast well-maintained beaches that are free to use and also feature clean, great sand. In addition, they both have attentive lifeguards on duty, and a boardwalk located just steps from the beach. Here's where they differ:

OC: Known for its lively atmosphere, Ocean City's beach is busy and well-populated all summer long. Young people flock to OC for their beach fix, and for good reason—there's always something going on. I mean, there's even an amusement park on one end! The water may be a tad cooler here than down in Virginia, but it's still swimmable, and OC offers dozens upon dozens of water sport options. Plus, there are entertaining events happening on the beach all.the.time. 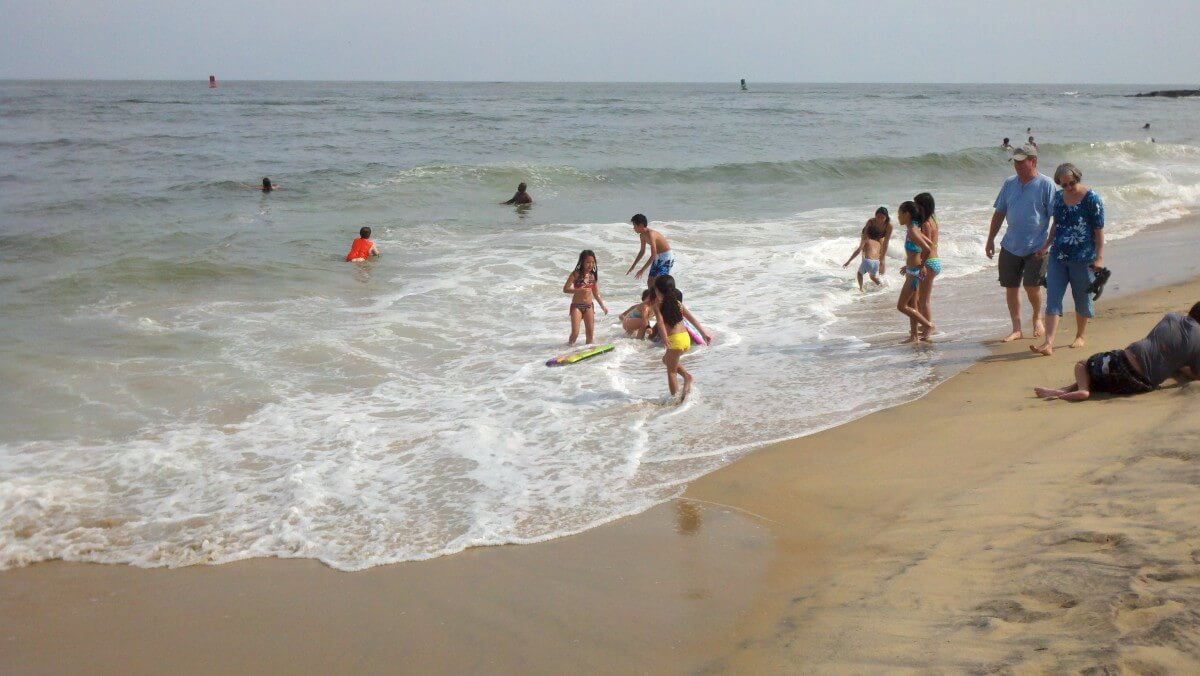 VB: Though very busy in the summer, Virginia Beach doesn't have tourists literally tripping over each other. There's plenty of room for everyone! Also, the water is clean (free even from seaweed!), and the waves are just the right amount of roughness to be fun without being overwhelming. A teensy bit more reserved and quiet, this beach is thought to be a little more family-oriented, appealing to retirees and people with young children, alike. Fun fact: It holds the world record for being the longest pleasure beach on Earth. 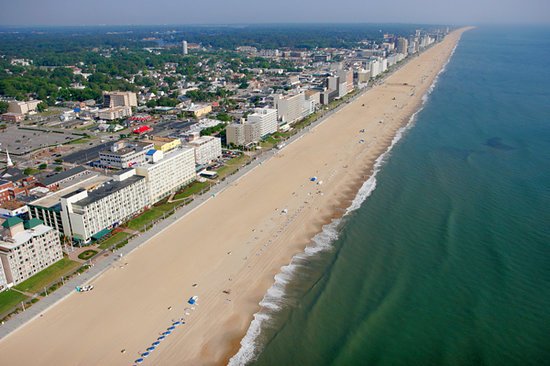 Battle of the Boardwalks

Both Ocean City and Virginia Beach have an easily accessible boardwalk. But when it comes to amenities, they are night and day:

OC: I mean ... If you like a "touristy atmosphere," Ocean City's boardwalk is the clear winner. Made of actual wooden slabs and lined with colorful eateries and kitschy shops, the boardwalk here just oozes resort town charm. Get your funnel cake, your crabs, your pizza, your french fries, your souvenirs—whatever your guilty pleasure is, if you think it belongs in a place like this, you'll probably find it. 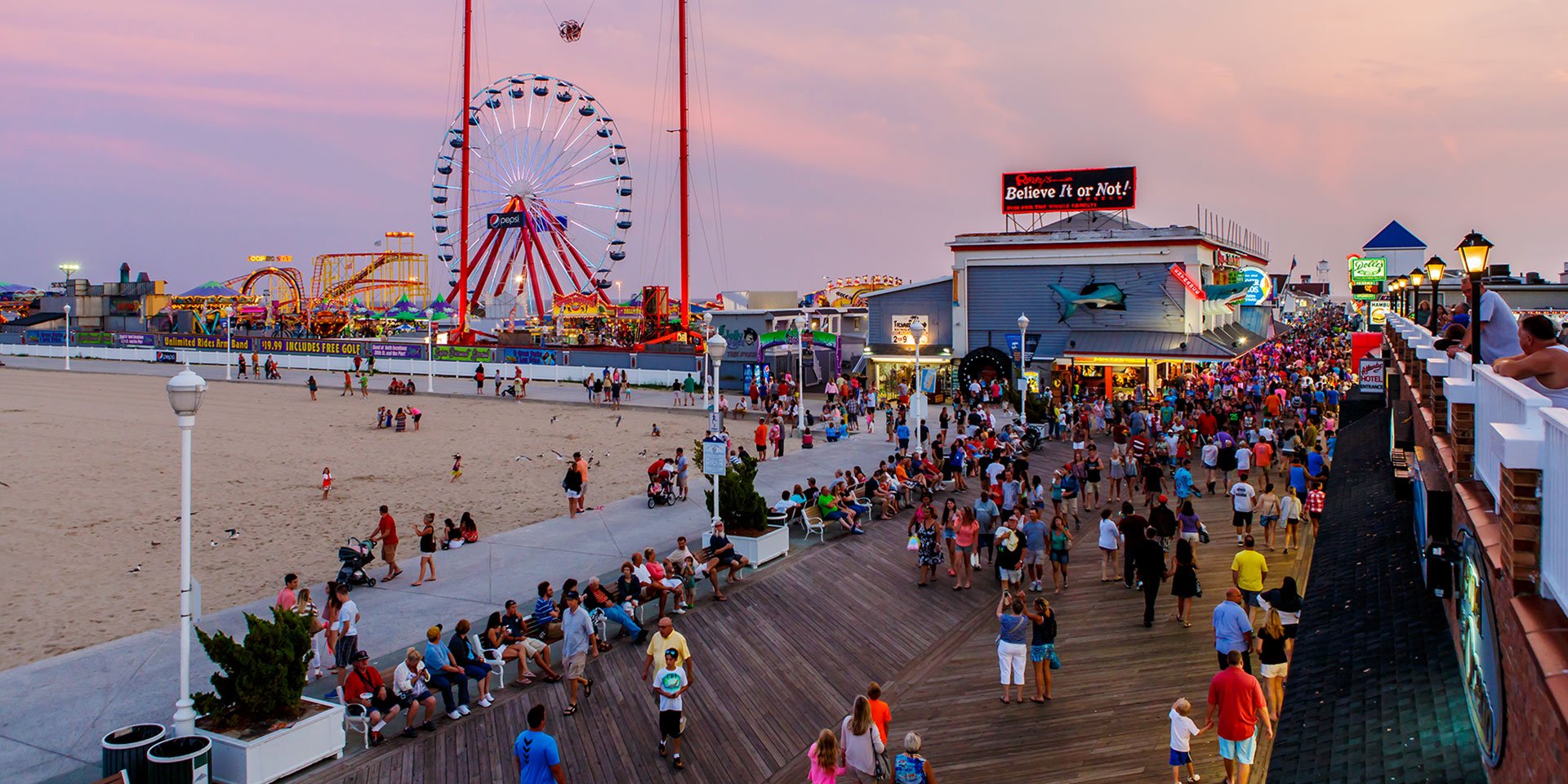 VB: It goes on for three miles, but Virginia Beach's boardwalk is largely made of cement, with an adjacent bike path. That makes it the perfect place to enjoy a morning bike ride (with gorgeous sunrise views) or a long, peaceful, romantic walk at dusk. The only businesses along this stretch are oceanfront hotels with an occasional cafe or restaurant. By and large, it appeals to an entirely different set of people. 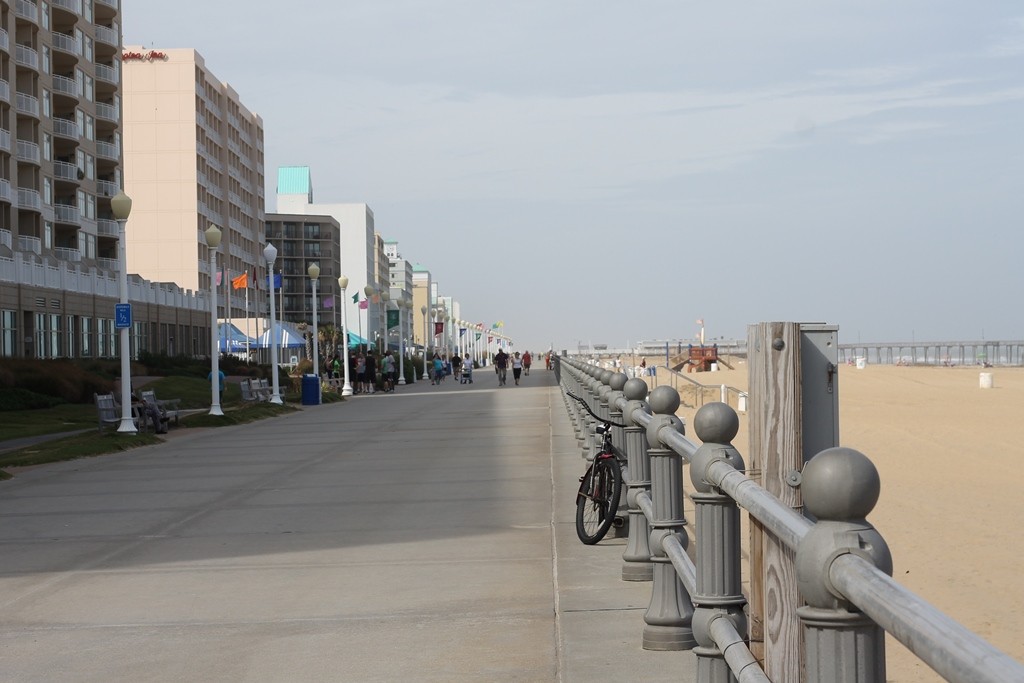 Battle of the Vibes

OC: Founded in 1875, Ocean City has grown consistently in the last 145 years—both physically and within the hearts of its frequent vacationers. Its 7,000 year-round residents are able to host more than 300,000 people on an average summer weekend, totaling about eight million visitors each year. Its Fenwick Island location helps the city maintain its strict vacation destination status, which, in turn, feeds its touristy look and feel. People love to visit, but not many people could actually find a way to live here. So OC capitalizes on that, creating a vibe that is rowdy and fun, but only for so long. Basically, it's saying, "This is all we've got, so let's go all out!" #vacationonsteroids 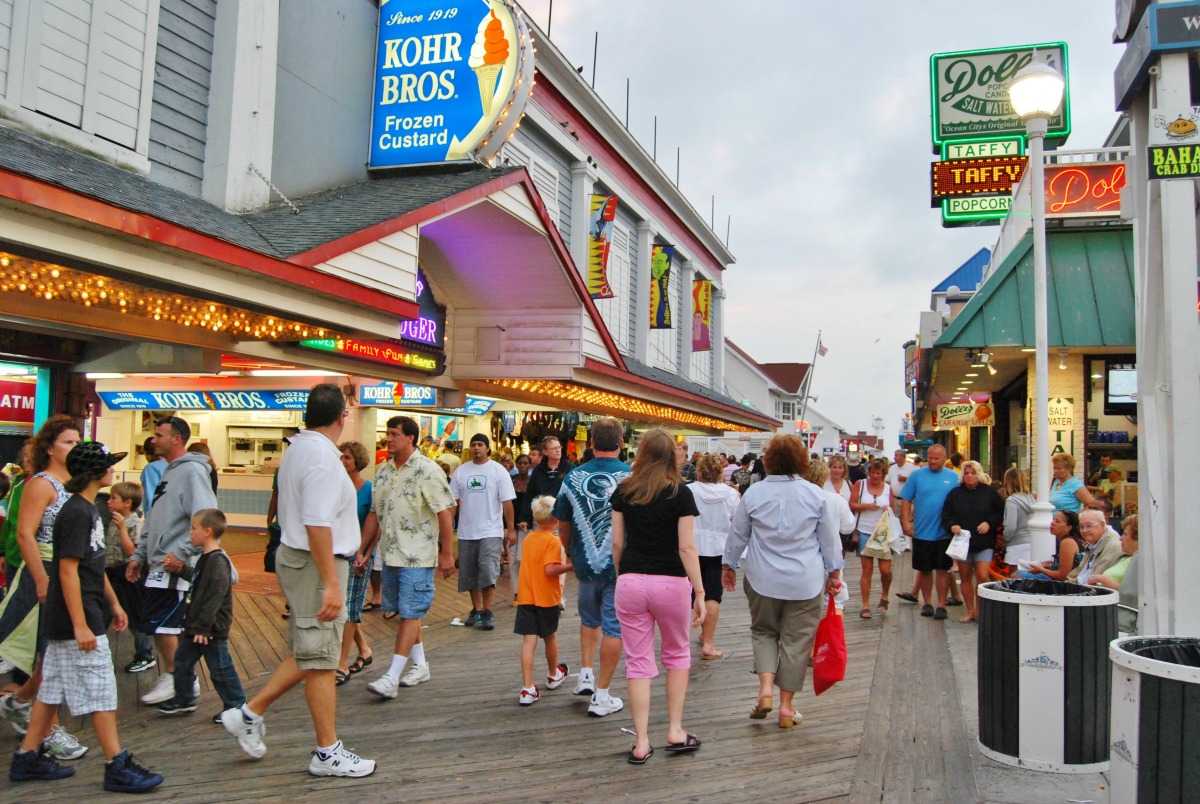 VB: Virginia Beach's population, on the other hand, is nearing half a million, with its coastal resort industry only making up a part of the city, overall. So yes, the suburban city does the beach scene, but it does it subtly and quietly, saying, "Come here for a nice solid, relaxing vacation, and we will leave you to your own devices. Enjoy." That appeals to older people for whom sensory-overloaded OC could be considered "too much," while also attracting families whose children are too small to be underfoot in a commercialized atmosphere. As such, there's not as much readily available entertainment for visitors in Virginia Beach—but that could be exactly the mindless, calm beach vacation of your dreams. And it apparently is—for many. 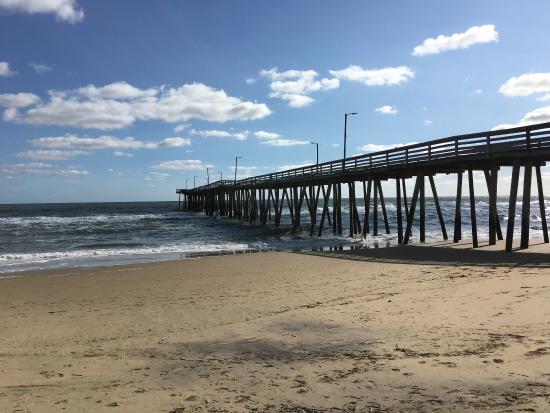