This marks as the third In-N-Out location open in Colorado!

After much anticipation, the third In-N-Out Burger location in Colorado is now open. Located in Lone Tree, this In-N-Out joins Aurora and Colorado Springs after much delay. It was expected to open in 2020.

The new restaurant is located at 9171 Westview Road, near Park Meadows Mall. It was approved in November 2019.

The City of Lone Tree is expecting travel to be impacted due to the opening and has released an opening day map (below) for the queue and neighboring businesses. 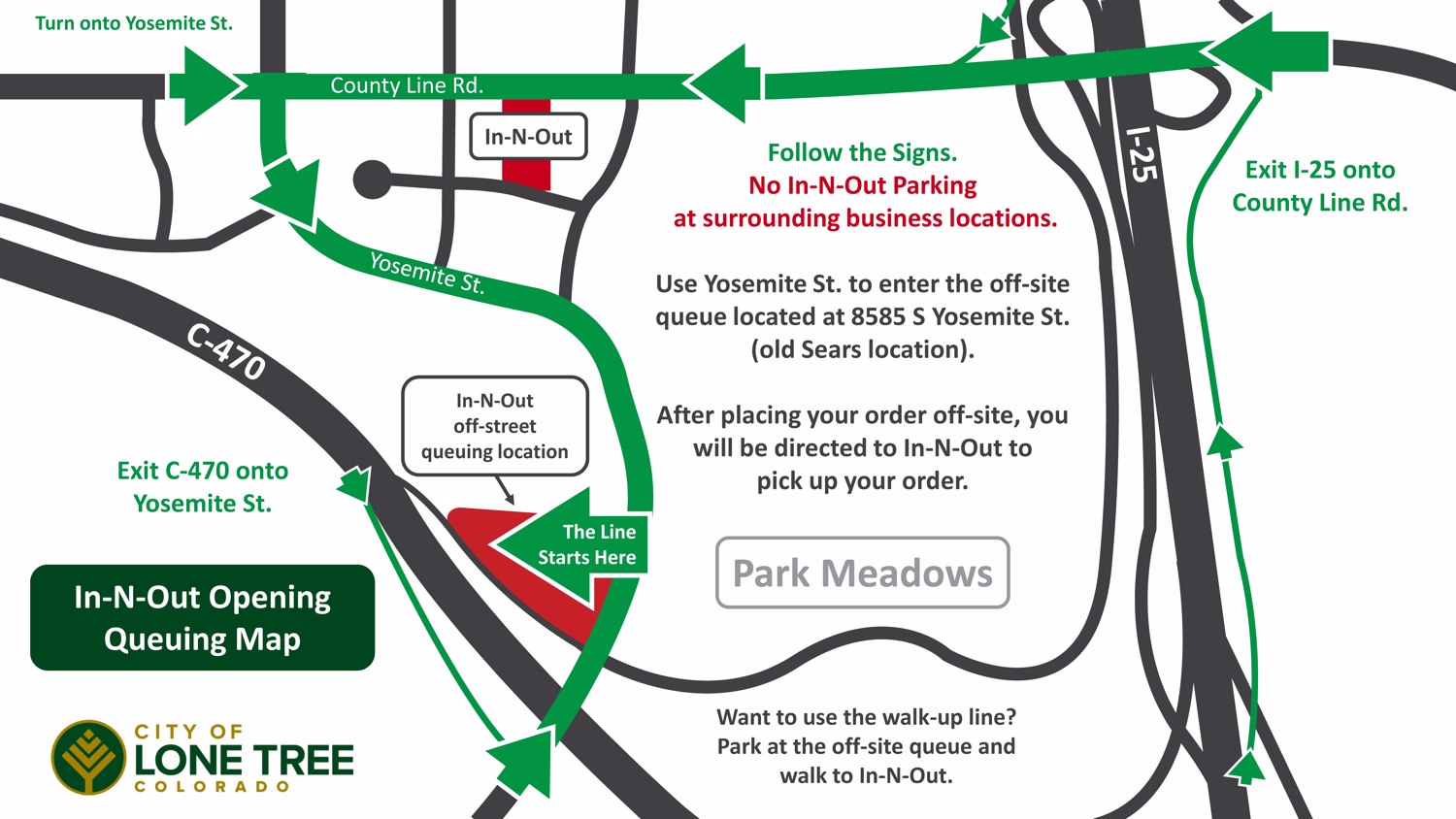 Courtesy of the City of Lone Tree

For the grand opening of the Aurora and Colorado Springs locations last November, lines got up to 14 hours long (and some fights broke out).

Are you excited about the new In-N-Out location in Colorado, or not so much? What's your favorite burger joint? Comment below.